What can I do with Tasklist?​

Tasklist shows you all user tasks that appeared in processes; those processes are running in Zeebe.

User tasks need an interaction from the user. This can be updating, adding variables, filling out a Camunda Form, or simply completion of the task. The user must first claim a task or unclaim an already claimed task.

If the user claimed a task, the task can be completed. Different task status filters help the user choose the desired task.

If you've successfully logged in, you'll see a screen similar to the following: 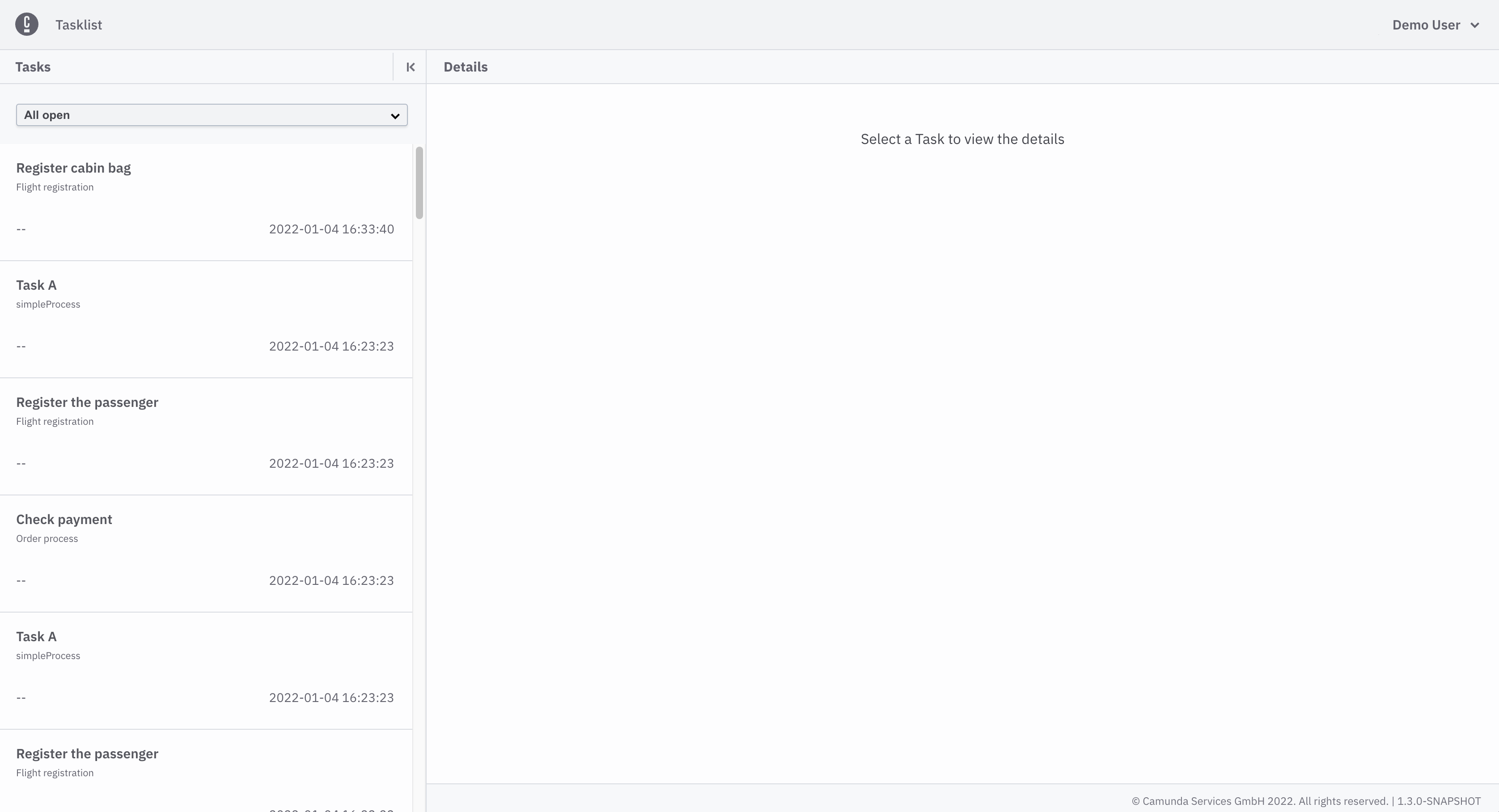 Change the list of tasks by applying filters. You can also collapse and expand the task list.

You can choose which tasks you want to see:

Initially, we have no Claimed by me tasks. 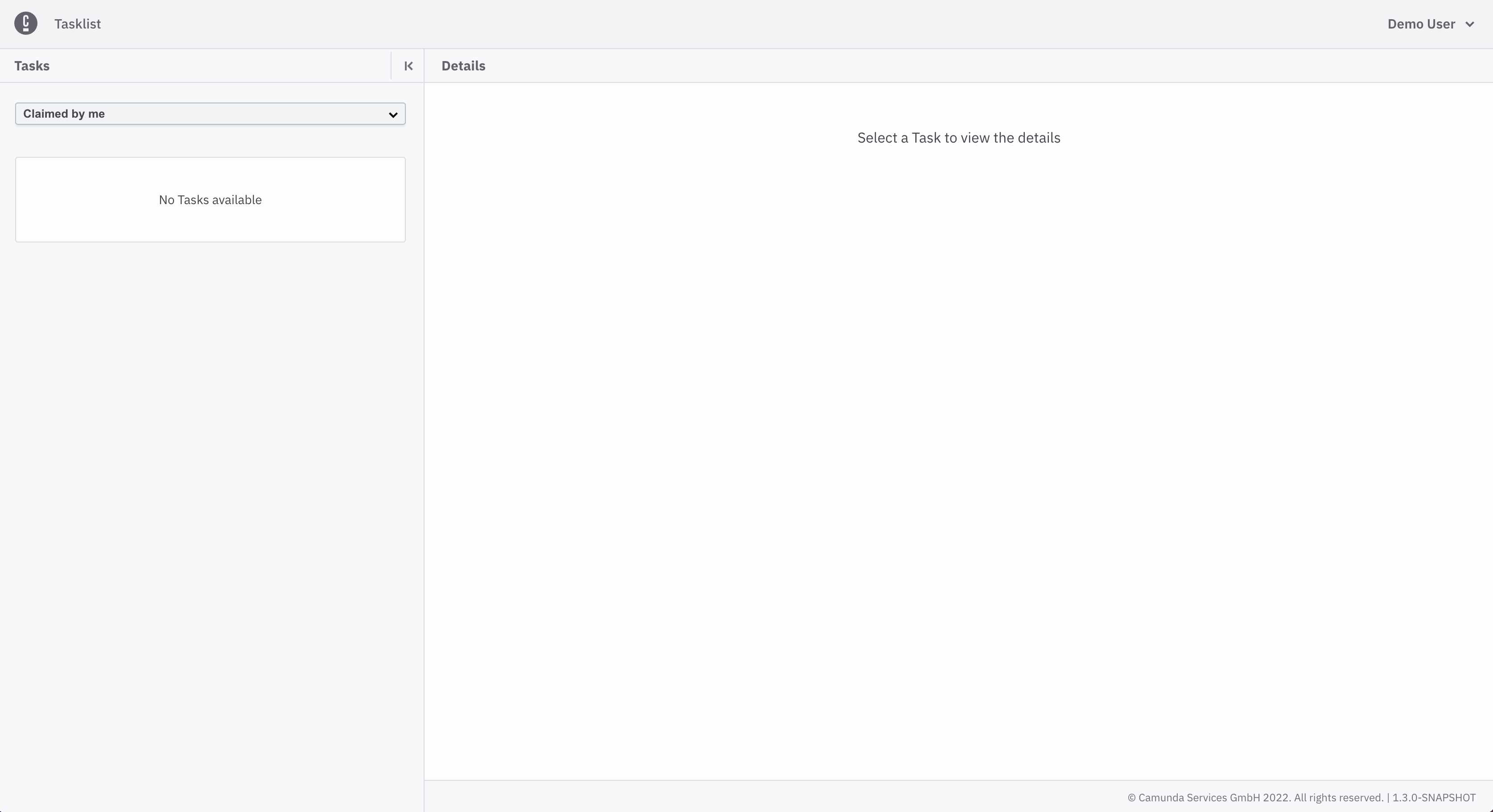 Claimed by me tasks​

Select the Unclaimed list and claim a task using the Claim button on the details panel: 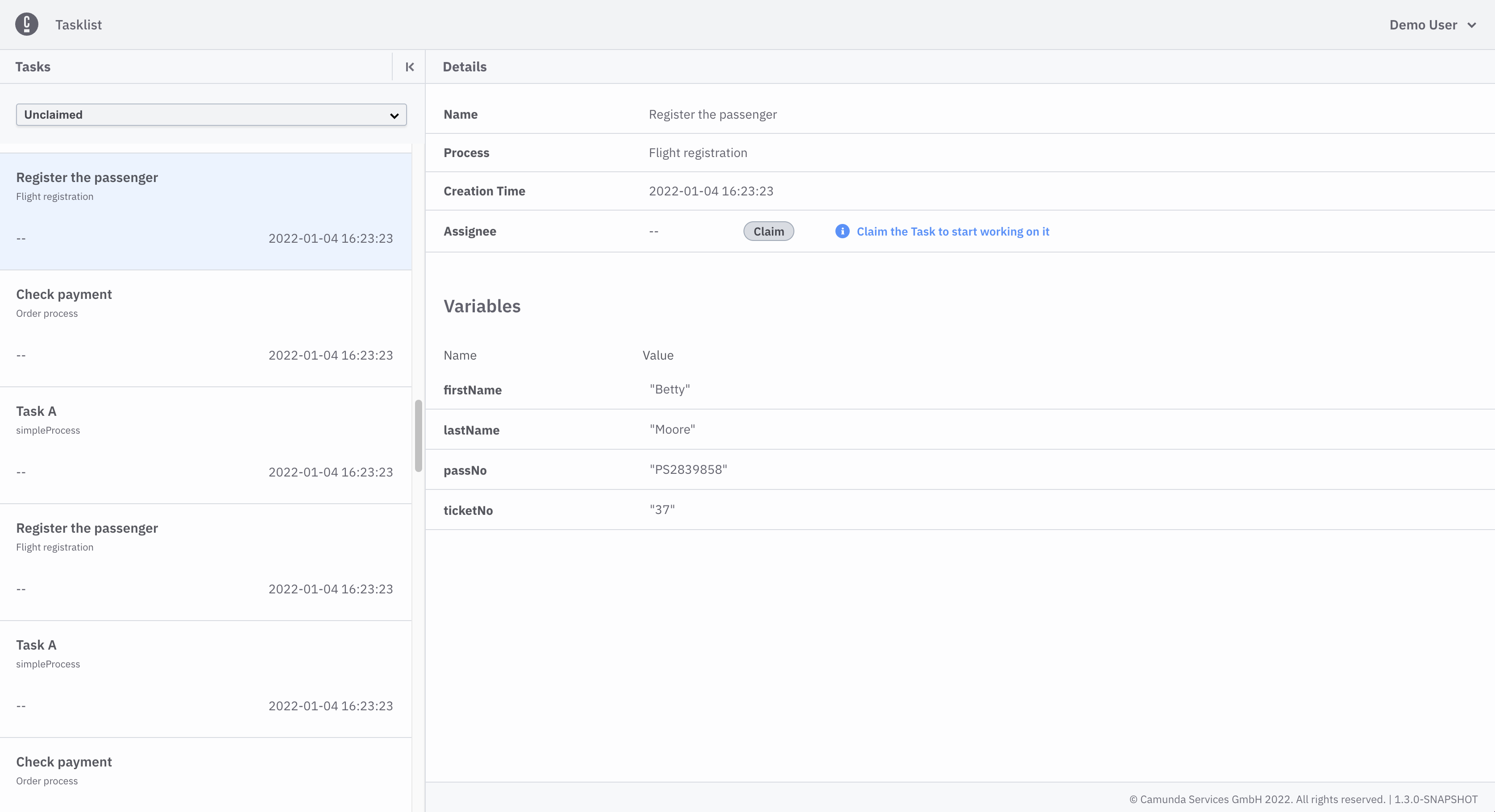 Select the Claimed by me list to see if you claimed the task: 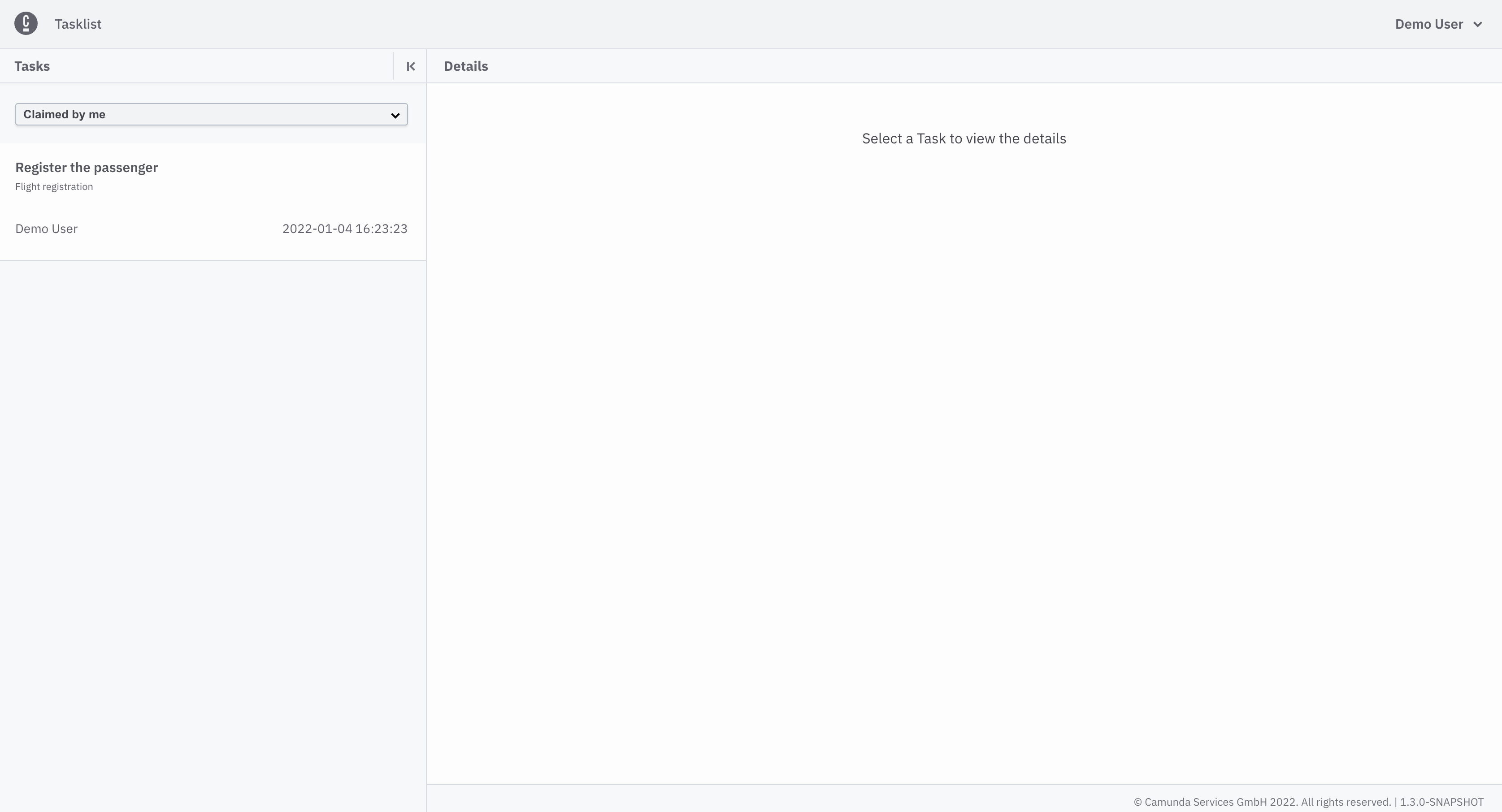 Once you've claimed a task, you can complete the task by adding and updating variables, and using the Complete Task button: 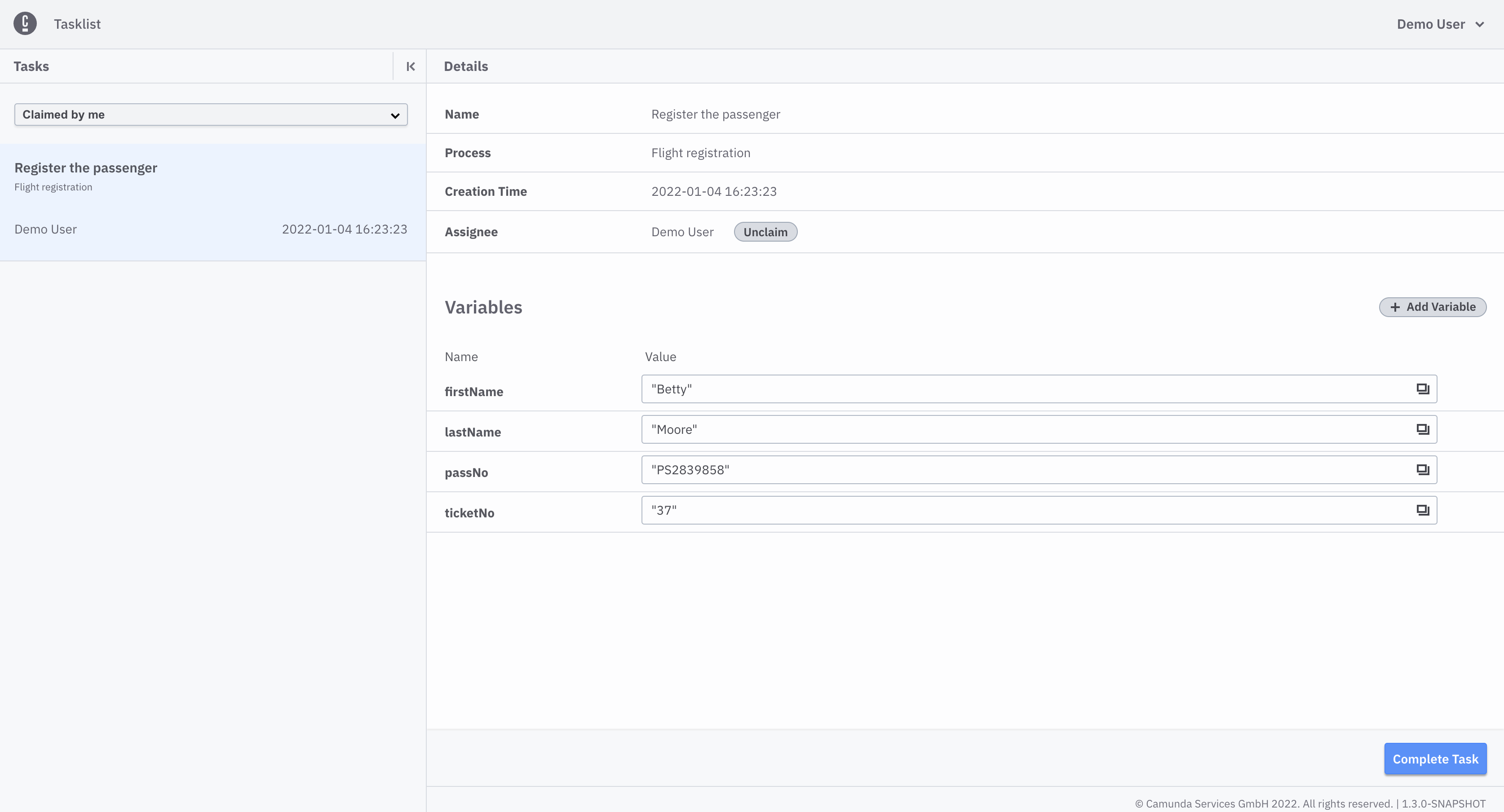 Always choose a list of tasks with a specified status. Then, select the task you want to work on.

Complete the task and check if it is shown in the Completed list.

Change variables as needed and begin completion with the Complete Task button.

Update variables in the Variables section by adjusting their text field. 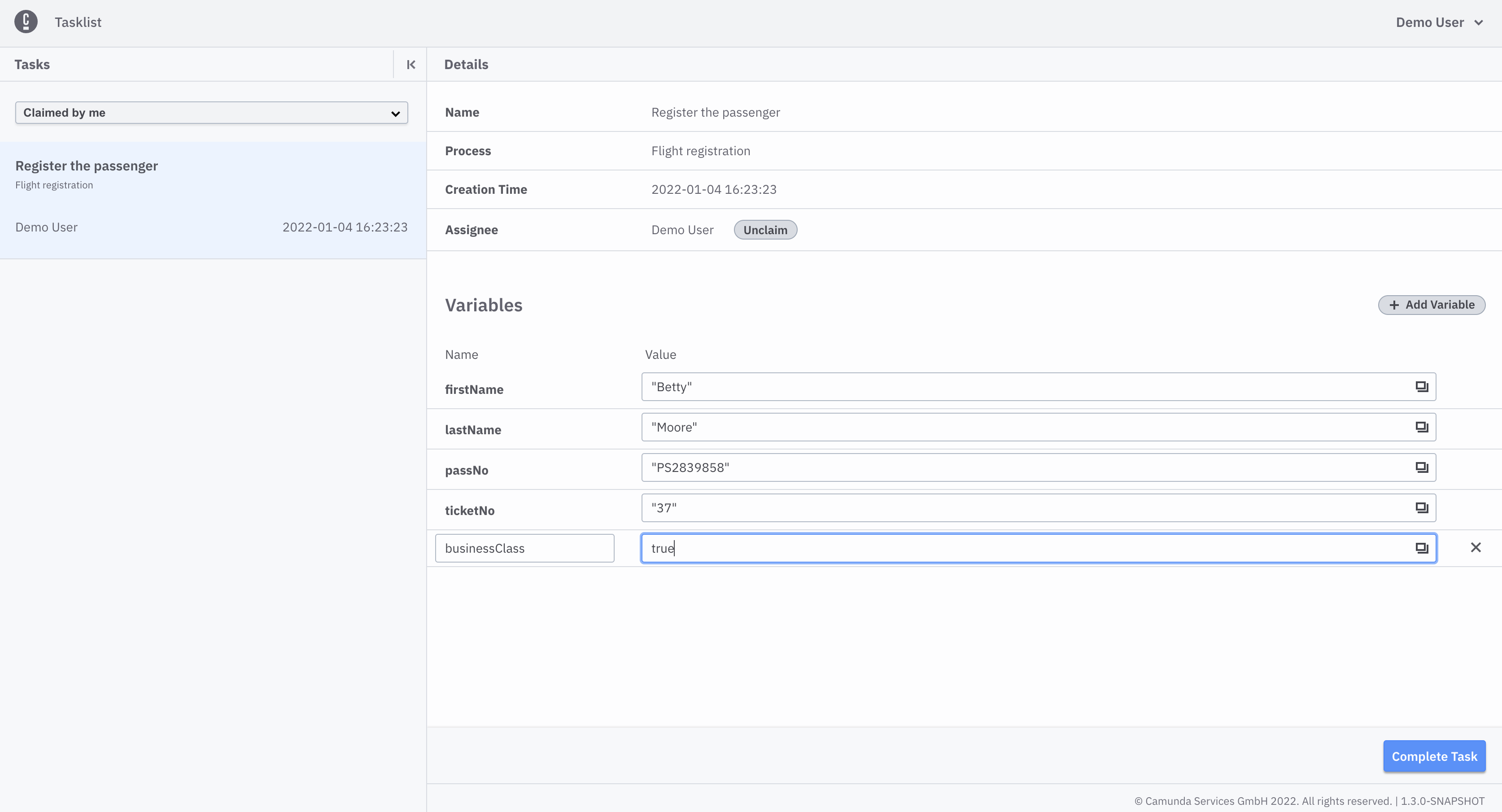 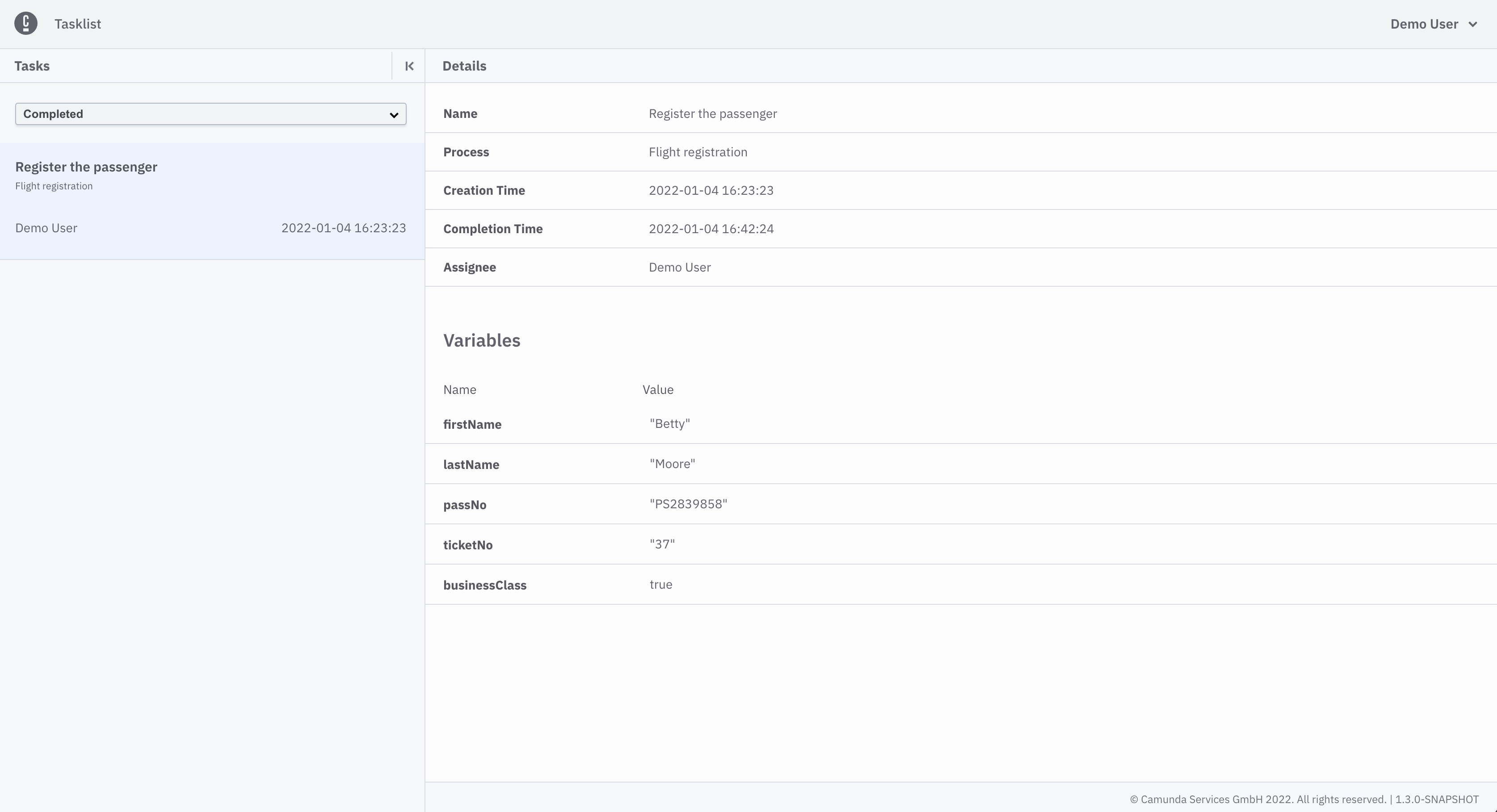