You can use the Docker image camunda/operate:latest to run Operate as a container.

Ensure you set the appropriate settings described in the configuration section of the deployment guide. See an example configuration for docker-compose below:

Here, we’ll walk you through how to download and run an Operate distribution manually without using Docker.

The Operate web UI is available by default at http://localhost:8080. Ensure this port is available.

Operate and Zeebe distributions are available for download on the same release page.

Each version of Operate is compatible with a specific version of Zeebe.

Operate uses open-source Elasticsearch as its underlying data store. Therefore to run Operate, you must download and run Elasticsearch.

To run Elasticsearch, execute the following commands in your terminal or another command line tool of your choice:

You’ll know Elasticsearch has started successfully when you see a message similar to the following:

You’ll know Zeebe has started successfully when you see a message similar to the following:

You’ll know Operate has started successfully when you see messages similar to the following:

The Operate web interface is available at http://localhost:8080.

The first screen you'll see is a sign-in page. Use the credentials demo / demo to sign in.

After you sign in, you'll see an empty dashboard if you haven't yet deployed any processes:

If you have deployed processes or created process instances, you'll see them on your dashboard: 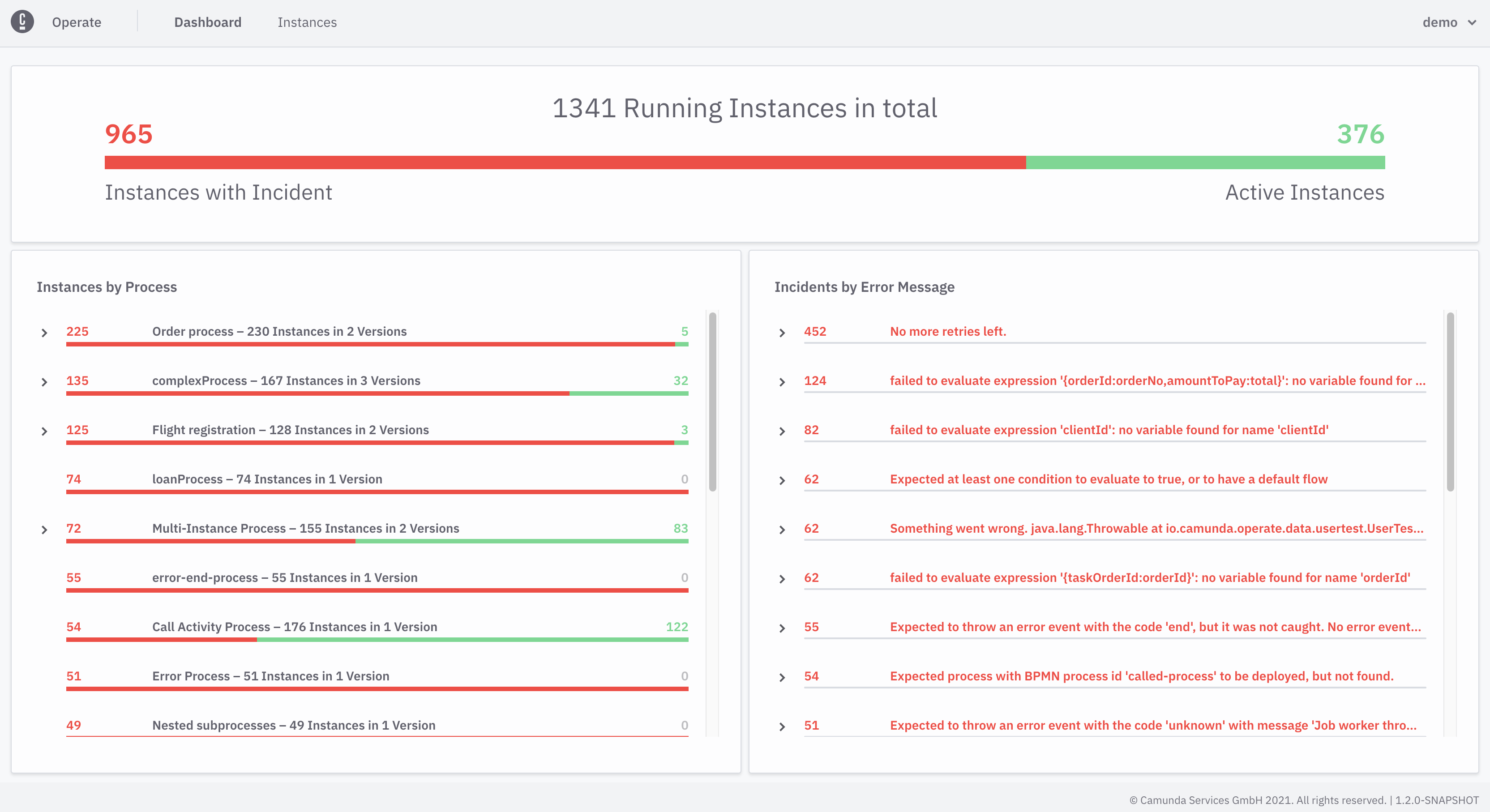