Every BPMN process instance can have one or more variables.

Variables are key-value-pairs and hold the contextual data of the process instance required by job workers to do their work, or to decide which sequence flows to take. They can be provided when a process instance is created, when a job is completed, and when a message is correlated. 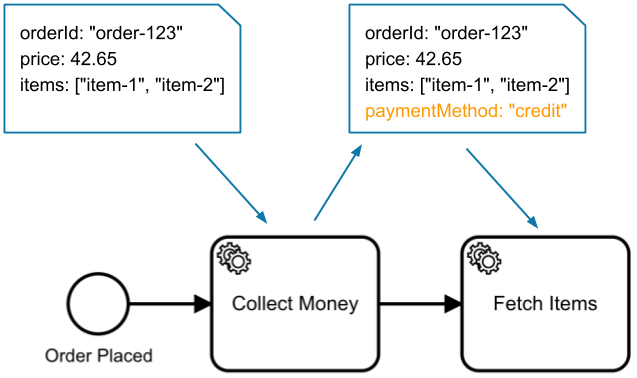 By default, a job worker gets all variables of a process instance. It can limit the data by providing a list of required variables as fetchVariables. 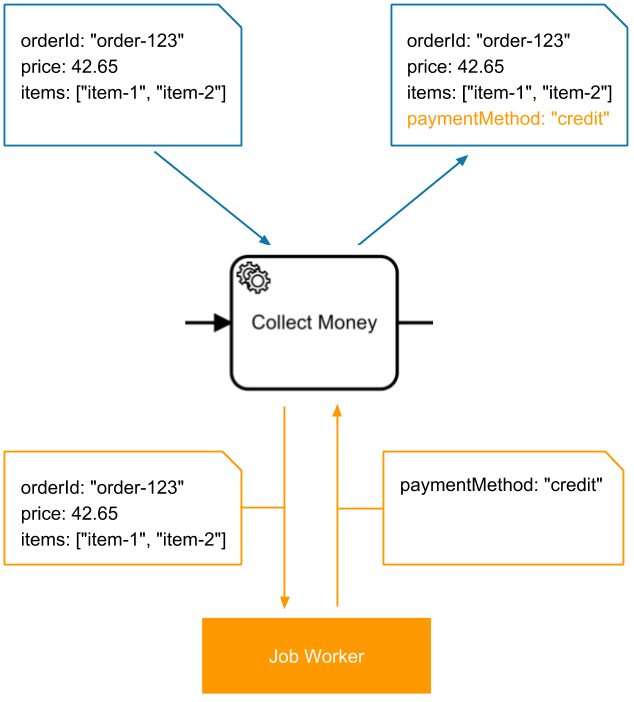 Since the variables are part of the process instance and not of the token, they can be read globally from any token. If a token adds a variable or modifies the value of a variable, the changes are also visible to concurrent tokens.

The visibility of variables is defined by the variable scopes of the process.

When multiple active activities exist in a process instance (i.e. there is a form of concurrent execution like usage of a parallel gateway, multiple outgoing sequence flows, or a parallel multi-instance marker), you may need to take extra care in dealing with variables. When variables are altered by one activity, it might also be accessed and altered by another at the same time. Race conditions can occur in such processes.

We recommend taking care when writing variables in a parallel flow. Make sure the variables are written to the correct variable scope using variable mappings and make sure to complete jobs and publish messages only with the minimum required variables.

These type of problems can be avoided by: