If one or more jobs of the requested type are available, Zeebe (the workflow engine inside Camunda Platform 8) will stream activated jobs to the worker. Upon receiving jobs, a worker performs them and sends back a complete or fail command for each job, depending on if the job could be completed successfully. 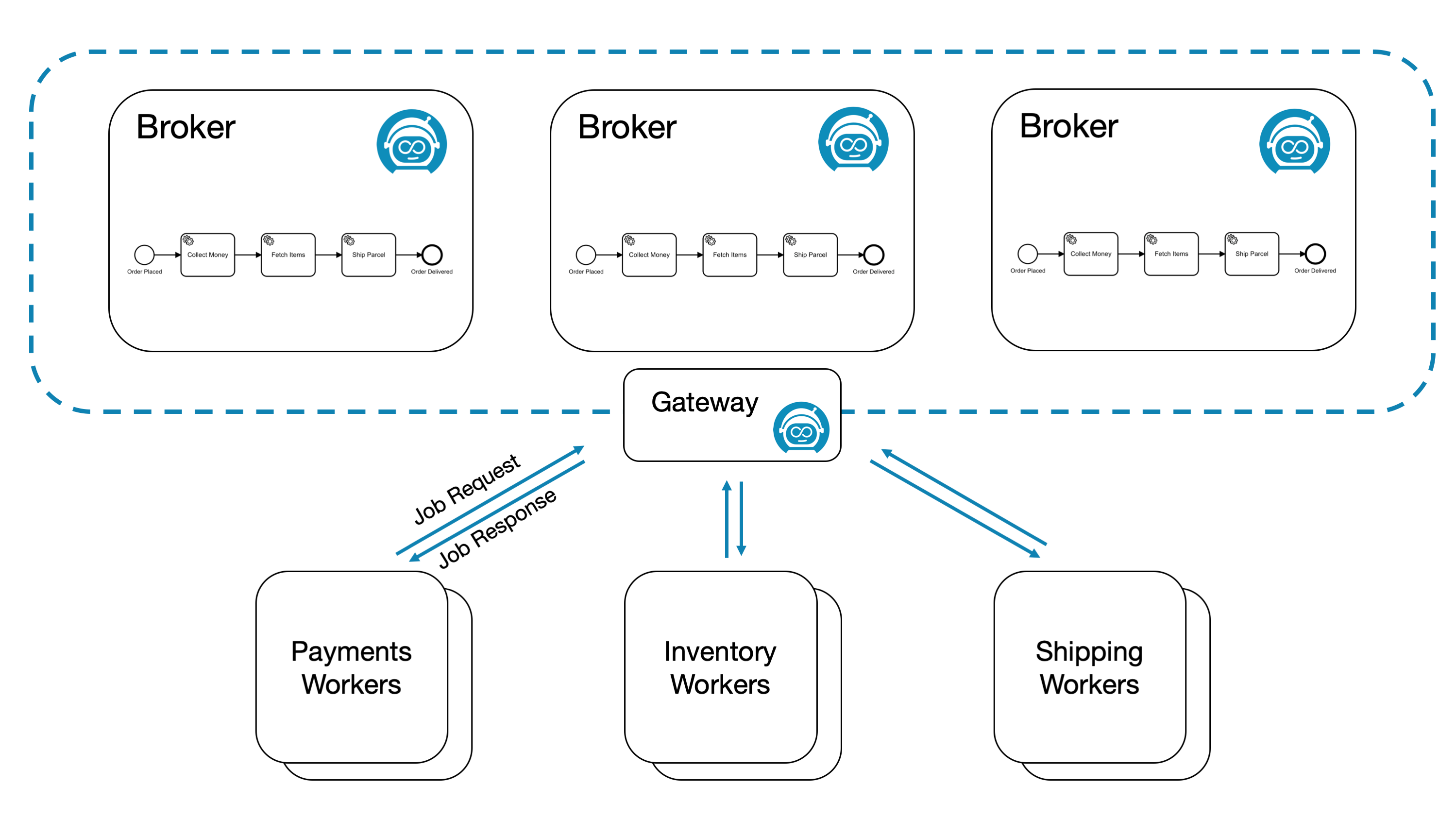 This increases the resilience of the overall system. Camunda Platform 8 is highly available so job workers don't have to be highly available. Zeebe queues all jobs during any job worker outages, and progress will resume as soon as workers come back online.

After working on an activated job, a job worker informs Camunda Platform 8 that the job has either completed or failed.