The lifecycle of human tasks (like assigning, delegating, and completing tasks) is mostly a generic issue. There is no need to model common aspects into all your processes, if often makes models unreadable. Use Camunda task management features or implement your requirements in a generic way. 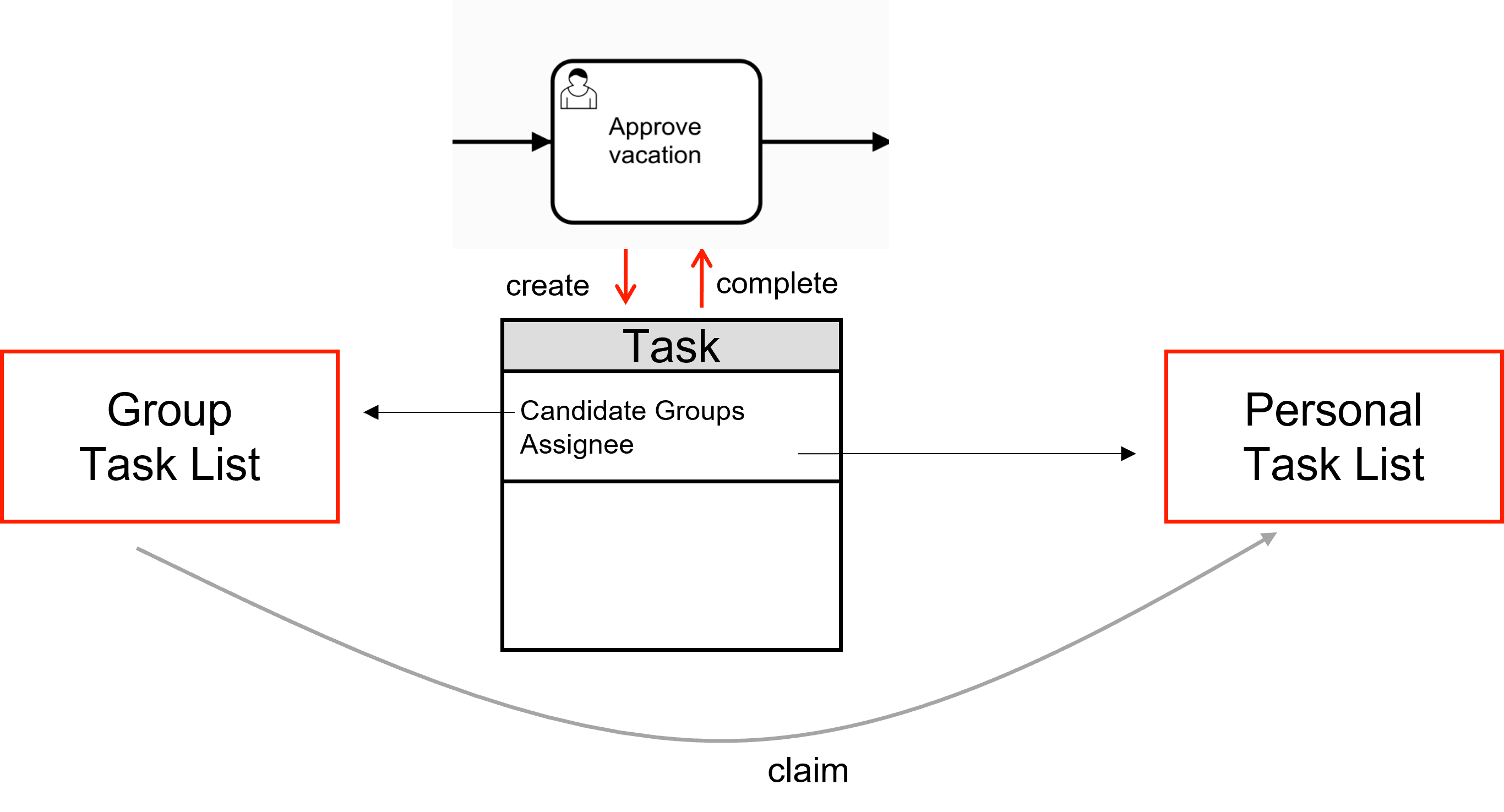 So every task can be assigned to either a group of people, or a specific individual. An individual can 'claim' a task, indicating that they are picking the task from the pool (to avoid multiple people working on the same task).

As a general rule, you should assign human tasks in your business process to groups of people instead of specific individuals.

Then, require individual members of that group to explicitly claim tasks before working on them. This way, you avoid different people working on the same task at the same time. See claimTask.

You can also directly claim tasks in Camunda Tasklist with the click of a button.

While assigning users to groups is advised, it's not the only option. You could always assign a task to a single person who is supposed to complete the task (e.g. the individual 'customer' of your process or a coworker having specific knowledge for the case). You will need to have access to the specific person relevant for your process instance, e.g. via a process variable:

If you have human tasks in your process, you must make up your mind on how exactly you want to let your users work on their tasks and interact with the workflow engine. You have basically three options:

When building a custom tasklist/application, you must plan for the following aspects. You will need to

When integrating a third party tasklist, you must plan for the following aspects. You will need to take care of:

Your third party tasklist application also needs to allow for some programmatic control of the lifecycle of its tasks. The third-party application must have the ability:

Additionally, it should have the ability

Transfer just the minimal amount of business data in between Camunda and your third-party tasklist application.

For creating tasks, transfer just the taskId and important business data references/ids to your domain objects. As much as possible should be retrieved later, and just when needed (e.g. when displaying task forms to the user) by requesting data from the process engine or by requesting data directly from other systems.

There are situations where you might want to show a user interface that does not look like a task list, even if it is fed by tasks. The following example shows such a situation in the document input management process of a company. Every document is handled by a separate process instance, but users typically look at complete mailings consisting of several such documents. In a customer scenario, there were people in charge of assessing the scanned mailing and distributing the individual documents to the responsible departments. It was important to do that in one step, as sometimes documents referred to each other.

So you have several user tasks which are heavily interdependent from a business point of view and should therefore be completed in one step by the same person.

The solution to this was a custom user interface that basically queries for human tasks, but show them grouped by mailings: 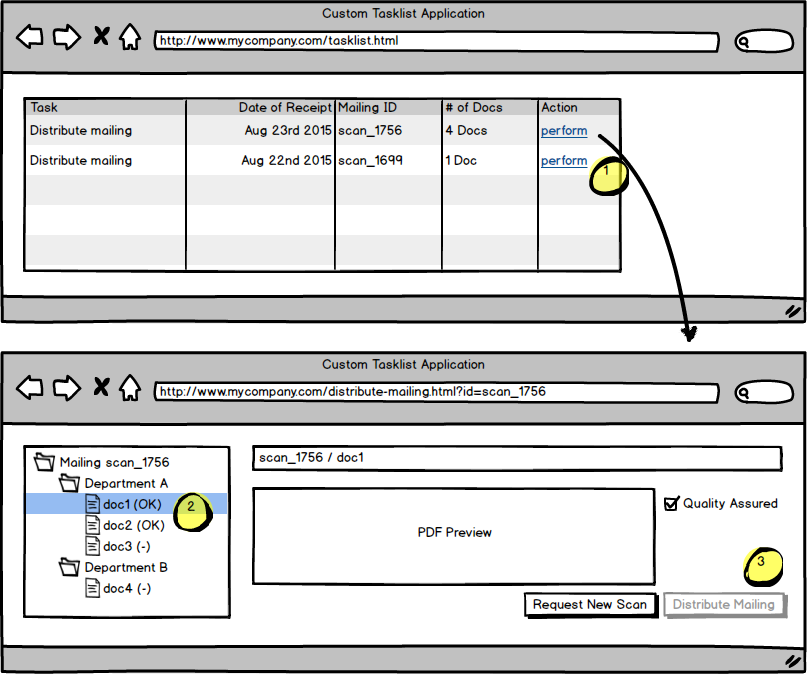 The custom tasklist shows each mailing as one "distribution task", even though they consist of several human tasks fetched from the workflow instance.

The custom user interface allows you to work on all four human tasks at once. By dragging and dropping a document within the tree, the user can choose to which department the document is delivered to.

In case the user detects a scanning problem, they can request a new scan of the mailing. But as soon as all documents are quality assured, the button Distribute Mailing gets enabled. By clicking on it, the system completes all four human tasks - one for each document - which moves forward the four process instances associated with the documents.